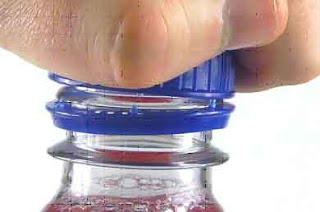 Torque testing of PET bottle closures is performed to identify the torque required to open a closed cap. Systematic testing informs line managers that their capping machines are applying sufficient torque to produce the necessary degree of seal - but not excessive torque, which would make opening difficult.
"Spinners" are an unwanted occurrence in capping and can be caused by materials or excessive capping torque. Normal spinners are of two types: 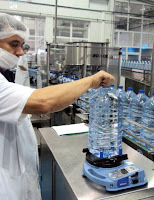 The Tornado torque tester is capable of all the functions of the Orbis, but has an additional, vital function: tamper evident testing.

Tamper-evident closures are a standard quality feature of beverage bottles and containers of other liquids that would degrade if adulterated or exposed. Tamper-evident closures consist of two parts - a cap and a band, which are connected by a “bridge” of regularly spaced, fine plastic tags. The content of a bottle that is capped with a tamper-evident closure can be accessed only if the cap is fully rotated counter clockwise (i.e. opened). This rotation will snap the bridge, resulting in separation of cap from band. A broken bridge provides visible evidence of prior opening or tampering.

A tamper-evident test can be quickly and easily configured with a simple push-button procedure:
The tamper-evident test reveals whether or not the cap can be removed and the bridge broken using pre-specified torque. Testing slip and bridge torque informs the bottlers that their product is leaving the production line properly sealed for integrity and consumer safety. 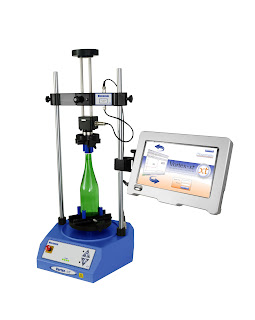 A Vortex-xt (pictured) motorized tester can provide much more sophisticated torque testing of container lids and caps. The Vortex-xt can output torque data in realtime to its touchscreen display/interface (Vortex-xt) or to a computer, where data can be displayed as a graph. Data and tests can be stored on the touchscreen or a computer for future retrieval. Test results can be overlaid for purposes of comparison. The grips and motorized rotation provide far greater sample stability and uniformity of torque, creating higher accuracy of results and reducing the influence of the variables that occur with manual, handheld testing.