When I was at school we were nervously revising for the end of year exams. We were trying to spot which questions might come up, and for Physics we were a bit worried that it might concern Young’s Modulus. In case you didn’t know, Young’s Modulus is a ratio often used to characterise materials. It gives an indication of the stiffness of a material. More specifically, it relates to the inherent properties of the material. For the first time it allowed engineers to calculate the strain in a component for an applied stress. Before Young had devised his modulus, engineers had to apply Hooke’s law, or F = kx, where F is the force, x is the deformation and k is a constant dependant upon the material of the body and its shape. Using Hooke’s formula you had to do some tests on any new component to account for properties of the material and the shape of the item. However, Young’s modulus is independent of the shape, so you can use it for any new component made of the same material.

Young’s modulus holds true for a material within the range in which Hook’s law applies – where extension is proportional to load - within the elastic limit. Beyond that, well, things change a bit.

At school in the physics lab we had a “Young’s Modulus” experiment set up. This was a thin wire going up over some pulleys fixed to the ceiling and running down to an attachment where you could load on weights to apply stress. While ‘Teacher’ was occupied in the prep-room, someone in the class had discovered that if you plucked the thin wire like a single-stringed double-bass, it made a most amusing “doing” sound. Even better, if you put your foot on the loading attachment, you could alter the pitch of the “doinging” note by pressing down. An impromptu rendition of The Doors - “Come on baby light my fire” - was transposed into - “Come on baby twang my wire”. As I said, Hooke’s law applies within limits. Too much right foot and the amusing “doing” became “BOING” as the wire broke. 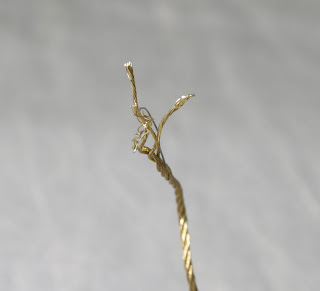 So part of the reason for our nervousness about the Physics exam was the possibility that question number one would be “Who broke the Young’s Modulus apparatus?....... " 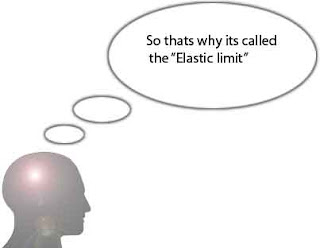 Would you like to know more about Young’s’ Modulus, yield points and elastic limits and how to measure them? Then call Mecmesin. I promise we don’t have music ‘on hold’. 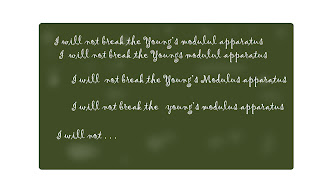